A brief history of yoga 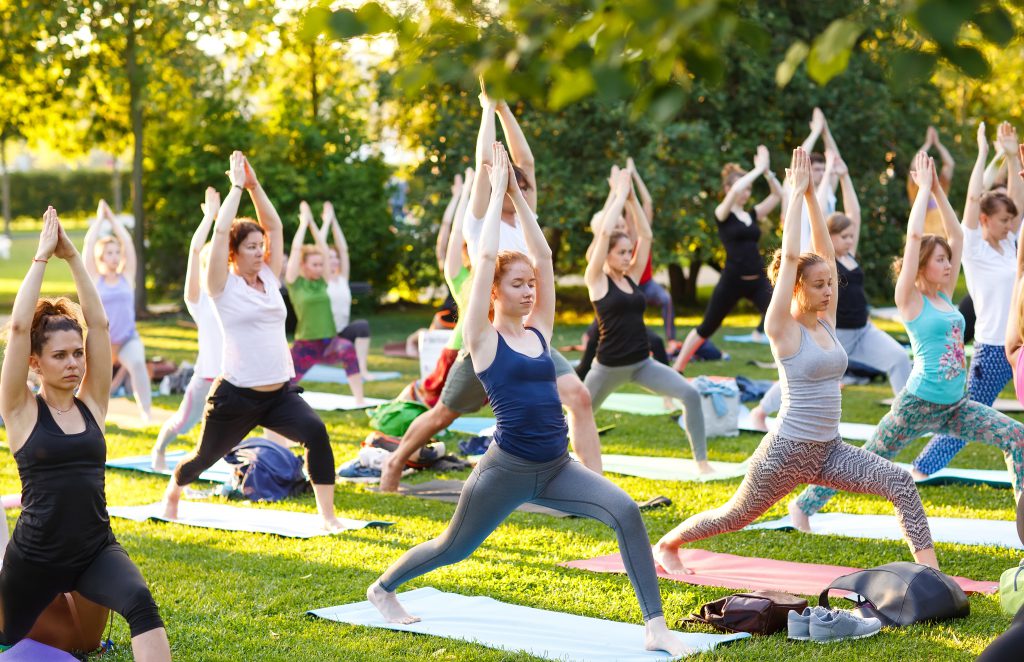 Yoga has been practiced for around 6,000 years and originated in the Indus Valley region situated in Northern India spanning from Afghanistan in the west to Lahore in Pakistan to the north, and down as far as the Arabian Sea in the south.  This area is widely believed to be the cradle of civilisation.

Yoga is a science which helps to bring balance to the mind, body and spirit.  This is achieved by practicing physical postures, meditation practices and leading a balanced lifestyle.  Nothing is forced, but gradual and significant changes simply happen to one who practices yoga on a regular basis.

In early traditions the teachings of yoga were passed down orally; the earliest written references are found in Hindu scriptures dating back around 3,500 years.  The Vedas describe yoga practices as a means of steadying the mind; other classical texts include the Upanishads which were written around 800-400 BCE, the Baghavad Gita (500 BCE) and the Yoga Sutra’s of Patanjali which were compiled around 200 BCE.

The Sutras, or threads, attempt to apply a systematic principle to yoga practice and provide a structure known as the eight limbs which can be taken to take control over the mind. These eight limbs are referred to as Ashtanga Yoga, covering:

(try comparing these to the Ten Commandments, or Buddhist Precepts)

Finally, the Hatha Yoga Pradipika was written in medieval times in the fifteenth century, and focussed on the use of Asana, Kriya (purification practices), Pranayama, and Mudras and Bandhas which are subtle but powerful energy locks and seals which help to direct and contain Prana, the life force which is within us. Some would argue that this is the true alchemy, turning our worldly selves into spiritual gold.

Modern yoga focuses on the physical postures and indeed this is where most western yoga classes focus their attention. This is a result of Krishnamacharya who lived between 1888 and 1989 – 101 years! He was a great teacher who taught B. K. S. Iyengar (Iyengar Yoga), Patabi Jois (Ashtanga Vinyasa Yoga) and his son T. K. V. Desikachar (Viniyoga). These are some of the great Hatha Yoga ‘brands’ which most people who practice yoga are aware of.

So what are the benefits of practicing yoga?

There are so many. It is great for curing bad backs, by helping to improve core strength around the abdomen, and in doing so it helps to improve posture. It also helps to stretch and strengthen muscles in a way which helps to heal injuries, or simply just stops muscles aching as a result of hard physical exercise, leading to greater flexibility.

Yoga helps to heal from within by helping to release physical and mental tensions, resulting in less anxiety. This leads to more energy and a stronger immune system, better sleep, better moods, more focus and vitality. It is interesting that people who practice yoga on a regular basis just don’t get ill as often. Even those who come to a class once a week always sleep really well on that night.

The physical postures help to stretch and strengthen the muscles, and open up the joints to allow circulation of synovial fluid which helps to lubricate and nourish these areas. By bending and stretching, the internal organs are massaged and the nerves are toned. The heart rate increases and the lungs are expanded which helps to develop greater lung capacity.

All of this helps to purify the body by releasing chemical and mental toxins which helps to relax the body and mind relating in less anxiety, more positive thoughts and greater self acceptance.